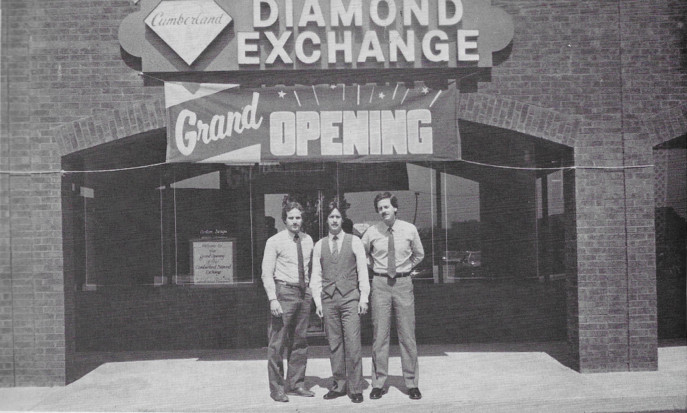 After parting ways with the jewelry store, Jacobson developed the concept for a fine jewelry business of his own. In 1982, he and his brother, Wayne, opened the doors to Cumberland Diamond Exchange.

The two brothers worked side-by-side for two years, until their business growth demanded adding staff into the mix. Finding someone with the knowledge they needed, who also valued people and relationships, was no easy task… until they met Rhonda Akins. Rhonda had the business knowledge of a seasoned veteran, ample HR experience, and the same desire to connect with people. In the fall of 1984, she joined the CDE team in what would become one of the most foundational decisions for the store. 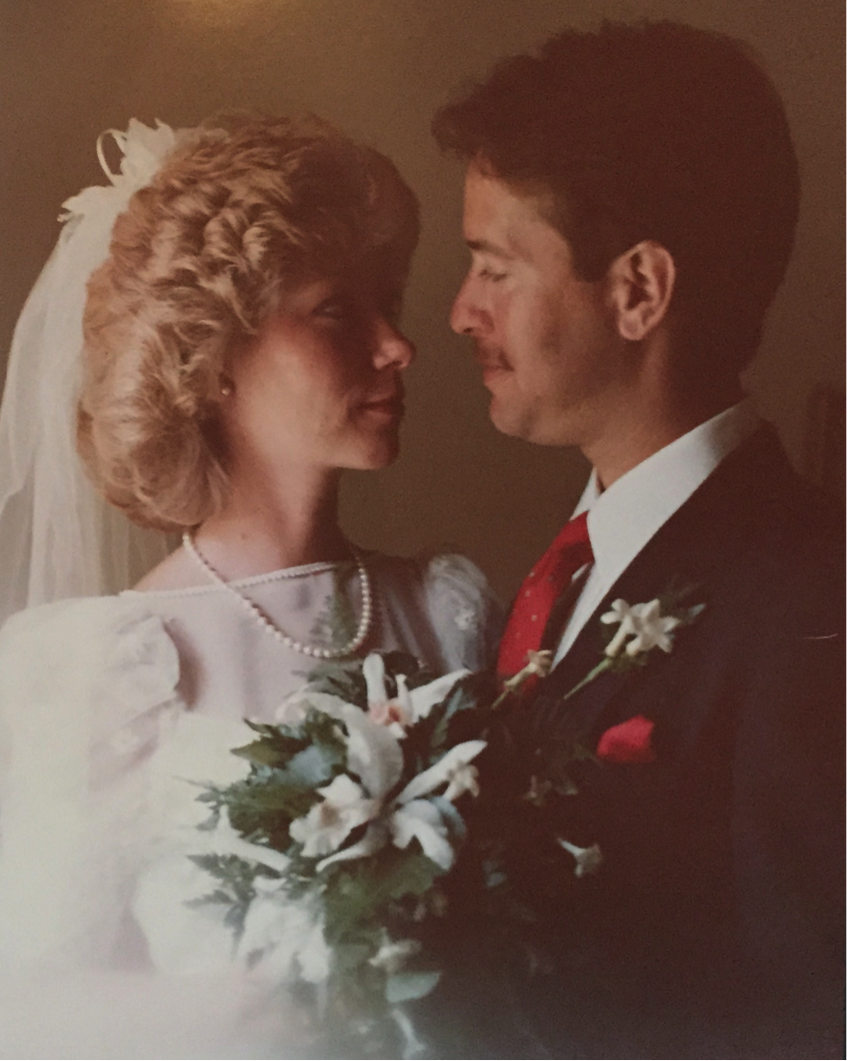 Not long after Rhonda joined CDE, she received a different type of proposal - the personal type. Mark asked her to marry him.

“We became friends first, and then colleagues before we married,” states Mark. “But Rhonda was one of the best things we’ve done for the business. She helped our store grow more than Wayne or I could’ve ever done. She automated us and became the first Graduate Gemologist at CDE. She has driven us farther than we could think of.” 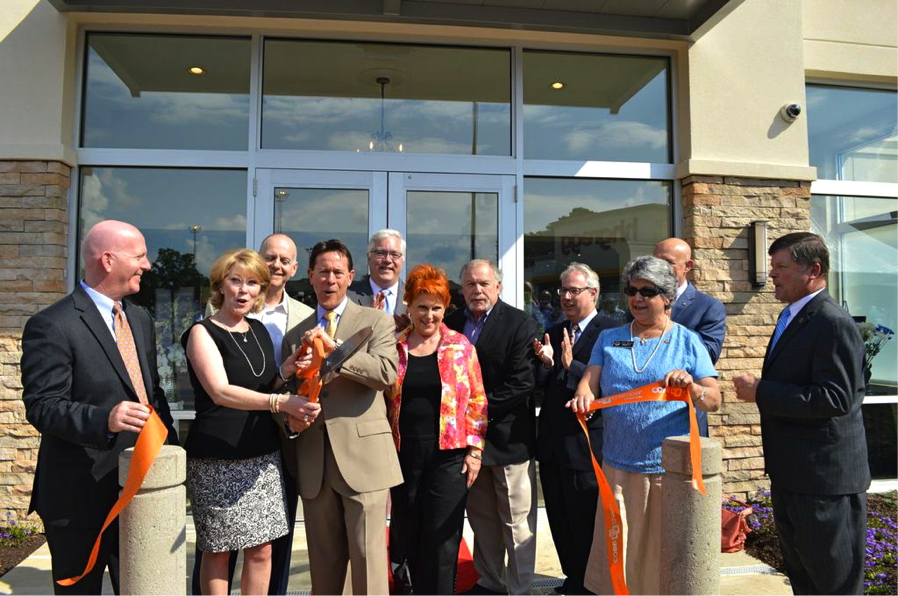 Starting with only 1200 square feet, Cumberland Diamond Exchange followed a path of expansion every five years until purchasing their current location in 1999. This location went under a renovation in 2014 and expanded to over 4800 square feet. On June 12th 2014, the expansion and renovations were completed. Over 200 dignitaries, guests and employees of the Cumberland Diamond Exchange looked on, as owners Rhonda and Mark Jacobson used the giant scissors during their ribbon cutting ceremony to symbolize the grand reopening of their jewelry store.

"Honored to have our community leaders be a part of our ribbon-cutting ceremony and celebration," said Cumberland Diamond Exchange owners Mark & Rhonda Jacobson. 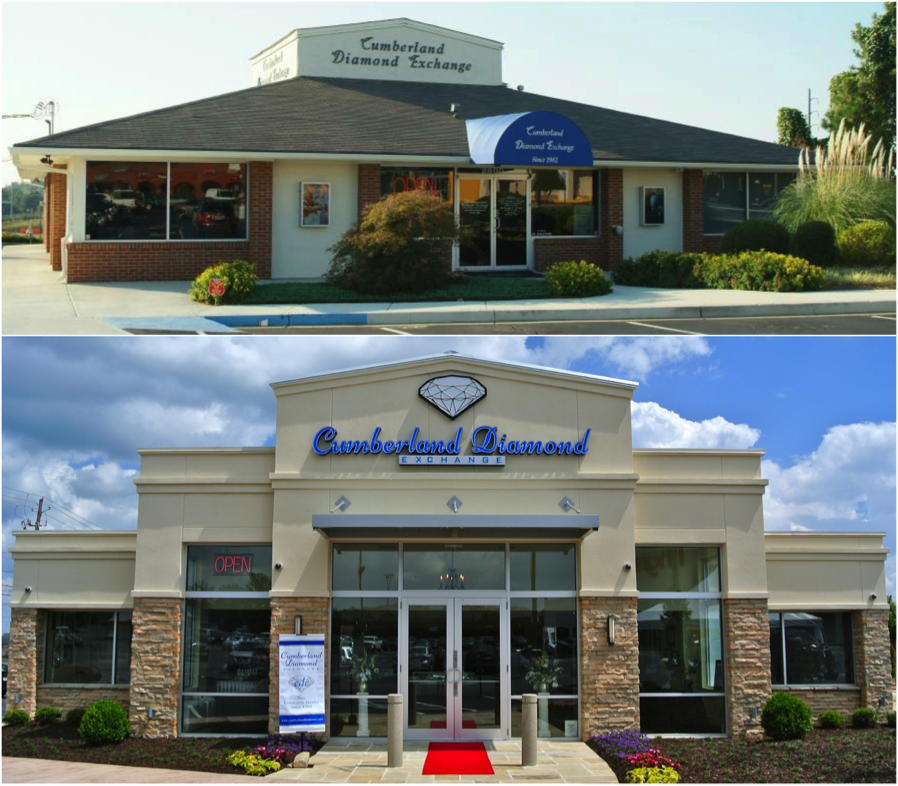 With construction completed, the enhanced architecture and showroom offers an improved guest experience, with an open foyer for special events.

Upon entering CDE, you feel like you’re entering a home – receiving a warm hello, a refreshing beverage, and a relaxing seat. New patrons are impressed with the level of attention and service they receive. This level of service occurs during all transactions with CDE - from answering questions, to the purchase process, repairs, etc. You will always receive the highest level of customer service and satisfaction when doing business with the Cumberland Diamond Exchange team.

Cumberland Diamond Exchange has one of the only CAD CAM’s available in metro Atlanta. This advanced technology provides the flexibility to custom-design and replicate jewelry to exact specifications – at a more affordable cost. CAD CAMs take jewelry from concept to picture to rendering to wax; and then to a finished piece with precision beyond the human eye and hand.

Currently, the customer service team includes three GIA Graduate Gemologists and two Master Bench Jewelers, with over one hundred years of combined knowledge and experience. There are also four sales consultants that have obtained their GIA Diamond Diplomas. All in all, the team at Cumberland Diamond Exchange is prepared to help you with your jewelry needs. 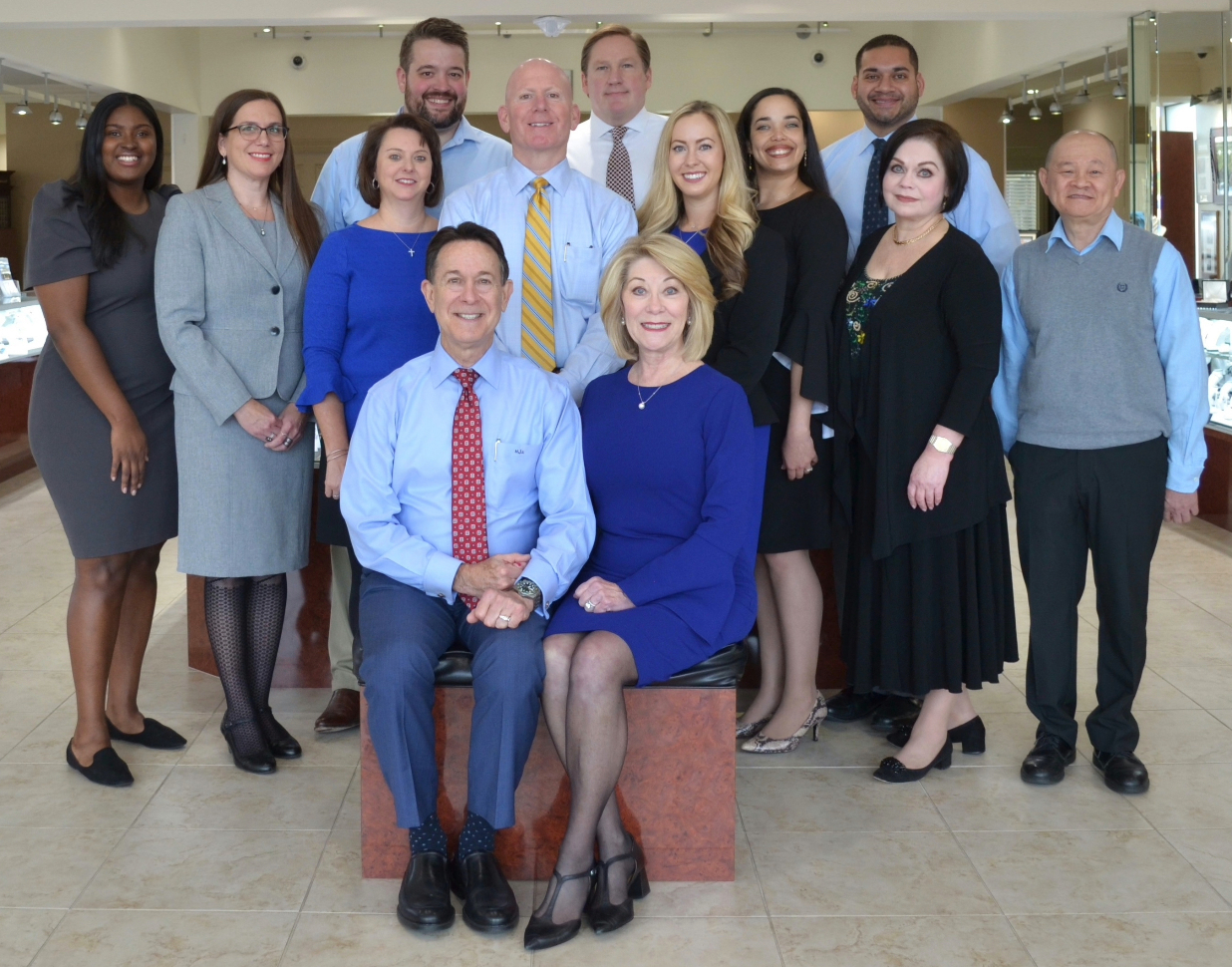 ​​​​​​​Community involvement is very important to Cumberland Diamond Exchange and ties in with the philosophy of service.

The Jacobson family believes it is their responsibility to create a better community through partnerships with non-profits. Throughout the years, many charities in the Metropolitan Atlanta area have received help in the form of donations.

In addition to their charitable outreach, Mark and Rhonda are involved as follows:

On May 1st 2015, Cumberland Diamond Exchange was named the Small Business of the Year by the Cobb Chamber of Commerce at the June First Monday Breakfast, presented by The Atlanta Journal-Constitution, which had over 400 people in attendance.

“I’m overwhelmed. My heart is still pounding,” Rhonda Jacobson said. “I feel full of humility and gratitude. … I would have been happy if someone else had won, but I was real hopeful that we would.”

"We are honored and humbled, with great gratitude, to be selected for business excellence as the Cobb County Chamber of Commerce Small Business of the Year," said Mark Jacobson, founder & owner of CDE.

This year marks the 35th Anniversary and you are invited to visit the showroom and browse among the extensive selection of fine jewelry. Whether you are in the market for engagement and wedding rings or simply need a special gift, Cumberland Diamond Exchange will be happy to help. If for some reason, you can't find exactly what you have in mind, the talented sales staff and jewelers can help you design a custom piece of jewelry just for you. Come in soon to see what Cumberland Diamond Exchange can do for you! 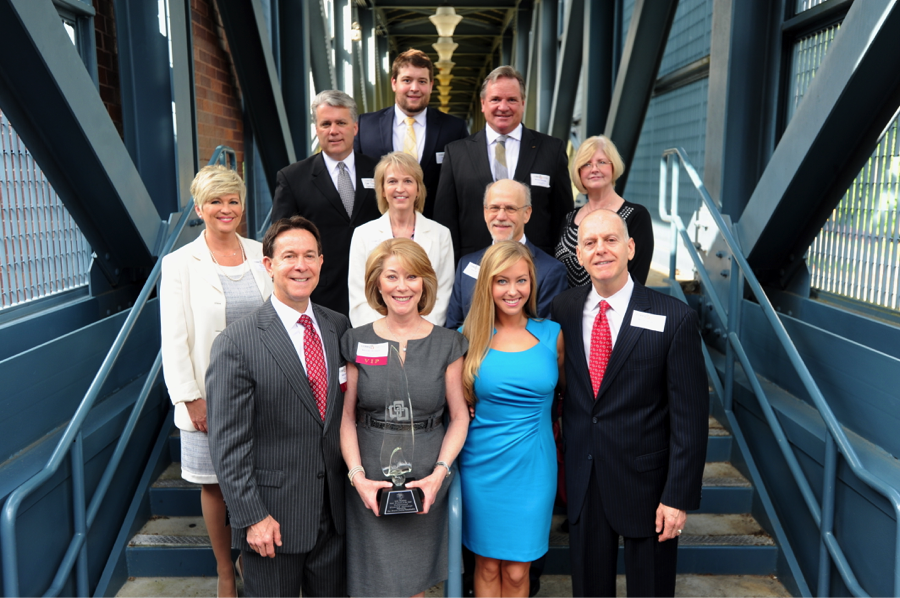