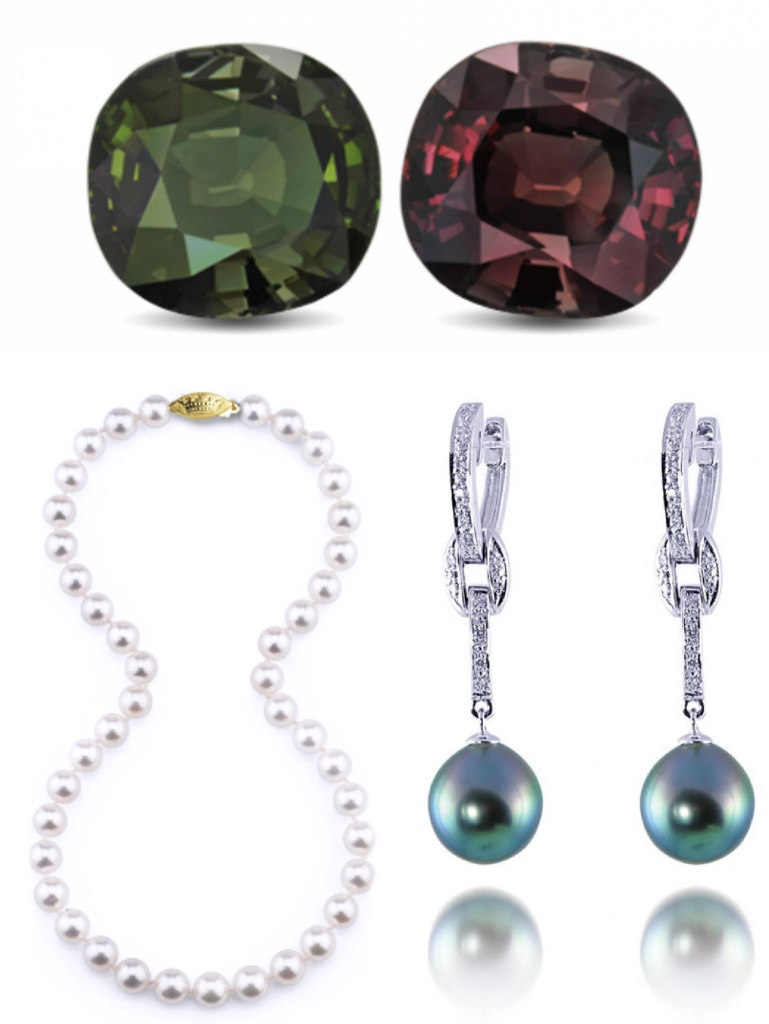 June is another month with multiple birthstones, including:

Pearls are unlike most gemstones that are found within the Earth, in that pearls have an organic origin. Pearls arebelieved to represent:

Pearls are created inside the shells of certain species of oysters and clams. Pearls can be found naturally in mollusks that inhabit the sea or freshwater settings such as rivers; they they can be cultured-raised in an oyster farm, which helps sustain a thriving Pearl industry.

Pearls are the most highly valued of gemstones because of their uniquely delicate translucence and luster. The color of the Pearl depends very much on the environment and the species of mollusk that produced it. Although white is the best-known and most common color Pearl, they also come in delicate shades of black, cream, gray, blue, yellow, lavender, green, and mauve.

June's second birthstone, Alexandrite, is very rare and very unique because in daylight, it appears beautiful green, sometimes with a bluish cast or a brownish tint. However, under artificial lighting, the stone turns reddish-violet or violet. Alexandrite has been found in Russia, Sri Lanka, and Brazil.

Alexandrite, named as a tribute to Czar Alexander II of Russia, was a prized gem among the Russian aristocracy and was thought to bring good luck. Alexandrite was found in the Ural Mountains of Russia and was held in high regard due to it's color similarities to Russia's military colors: green and red.